Checking CycloCat out: what is it and what is the idea behind it?

Let’s go back to 2008, when there was no generalized use of smartphones. The net was not running even on 3G. The only way to transfer a photo from one phone to another, was via MMS. Does anyone even remember what that was?

Also CycloCat was founded in that year, the safest cycling route builder, particularly for commuters.

2008. It was a luxury to have a GPS device in the car. Back then, TomTom was the most famous brand. If you didn’t have one a TomTom, you could possibly create the route with Google Maps (or ViaMichelin) and print it. On paper, with the route instructions. Or you would just have a number of maps in the storage compartment and unfold them, while driving. Garmin, famous nowadays, was only starting the boom of sports watches that – using GPS technology – could calculate speed and distance.

As a young engineer, Joan Calvera thought: what about creating a platform that calculates routes, but from a cyclists’ point of view’? Meaning: avoiding busy roads and unnecessary elevation gains.

A bit later, CycloCat was founded by Calvera, with the goal of sharing the best cycling routes in Catalonia in digital format. This is his story.

“I found it curious how, in a relatively small region like Catalonia, most cyclists and commuters did not seem to know how to go from one town to another, avoiding intense traffic and dangerous situations. For me it was obvious: it was necessary to create a platform that can help cyclists and commuters to find the best routes in Catalonia. However, the first question was, which criteria do I have to use?

In order to create a router (a software that calculates the optimal route), one first needs to create a nodal network, a number of roads that connect towns and other roads. My companions in this project and I, concluded there were a number of parameters to take into account. Of course, the amount of traffic was one of them. Also, the quality of the road was another. A third parameter was the elevation. Catalonia is very mountainous and the steep slopes were also dangerous. From there we started to create our nodal network.

CycloCat was ahead of its time

The platform and its business plan were not giving green numbers down the line. Back then public administrations did not understand a word about the digitalization of cycling mobility (sometimes hardly about bikes in general), and therefore would not help finance CycloCat.

Guineu was part of the winning project in DigiEduhack 2020, organized by the EC (European Commission) and ECF (European Cyclist Federation).

We did not give up. We understood that we will not get rich with CycloCat, but at least Catalan cyclists deserved to have this quality information about safe cycling routes for free. Therefore, we started with crowdfunding campaigns and gravel event registrations (which almost nobody organized in Catalonia back in 2016). The ‘Ladies & Gentlemen ride’, launched in 2017, is now one of the biggest gravel events in Catalonia.

It is commonly said that crises open new opportunities. At the beginning of 2020, we already had more than 2000 kilometers of safe cycling ways on our platform, that connected more than 95% of the Catalan population. However, it was not easy to create routes on our platform.

Confinement, due to the pandemic, gave us a lot of ‘free time’ to ‘tidy up’ the nodal network. During the covid-19 lockdown, we spent a lot of hours on CycloCat, and finally, our router was born. We called it Guineu.

Nowadays CycloCat is still an NGO with more than 4000 followers on social networks and around 10.000 visitors on the website per month. Guineu calculates more than 2.000 routes per month. All this information and functionalities are free for all its users, as the financing of the project still relies on crowdfunding and event registrations.

CycloCat has a group of 50 sherpas spread through Catalonia. They constantly propose new, safe tracks or update existing ones. Among those, a select group of 10 are ‘deluxe sherpas’, a status they got because of the quantity and quality of the tracks they propose.

The project is a member of multiple organizations to improve the safety of cyclists in Catalonia, while it keeps on adding new roads to the router. Our mission to facilitate the safest routes for cyclists is alive and kicking. We organize multiple events to raise money for the NGO, and if people want to become a local sherpa, we welcome them.”

This story is originally published in the first edition of Nafent Magazine. Order your magazine now. 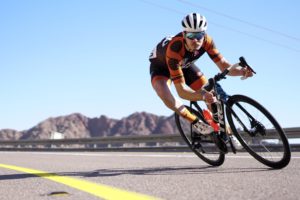 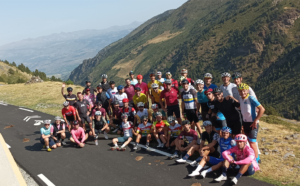 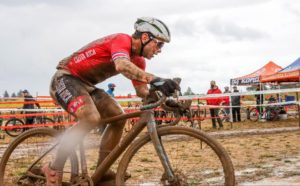 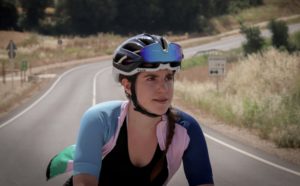