On the road with mountain biker Txell Figueras

Do not expect us to have large buses, a colony of cars and a big group of staff members in a professional mountain bike team. MTB teams travel in a six-seater, in which there is barely space for a small workshop. Obviously, the world of MTB is less glamourous and comfortable compared to other two-wheeled worlds. However, there are also advantages to our lifestyle. Going from race to race by van, means that there is more time spent talking with the athletes, which allows them to form a relationship that is beyond just work.

I am driving to the first race of the season, buzzing and sitting behind me, almost camouflaged between the seats, rests one of the new team members of the season. She still does not know, but I going to make the most of this opportunity to ask her some questions. My goal is to understand how she has ended up in this team for the 2022 season, and what has driven her to race MTB.

For the enthusiasts: There are multiple disciplines in mountain biking. The most common in competition is the cross-country, which is also an Olympic discipline. Races take around an hour and are usually on a very technical circuit. Another discipline is the marathon, where competitors race longer distances, regularly over multiple stages.

I begin questioning our new asset in the team. Txell, the smallest one that uses the whole team to call her Meritxell Figueras, is surprised that my interrogation is so blunt. Between the laughs that I suspect helped get rid of some of the tension, she explains that it was by coincidence that she ultimately ended up in this van.

While she was studying ‘Sport and Physical Science’ at university, she became friends with the person who is now her coach: Jordi Arteman. Arteman let her borrow a mountain bike, but only if she would compete in the International Catalan Cup for cross-country. Txell did not think twice and she happily accepted the offer. 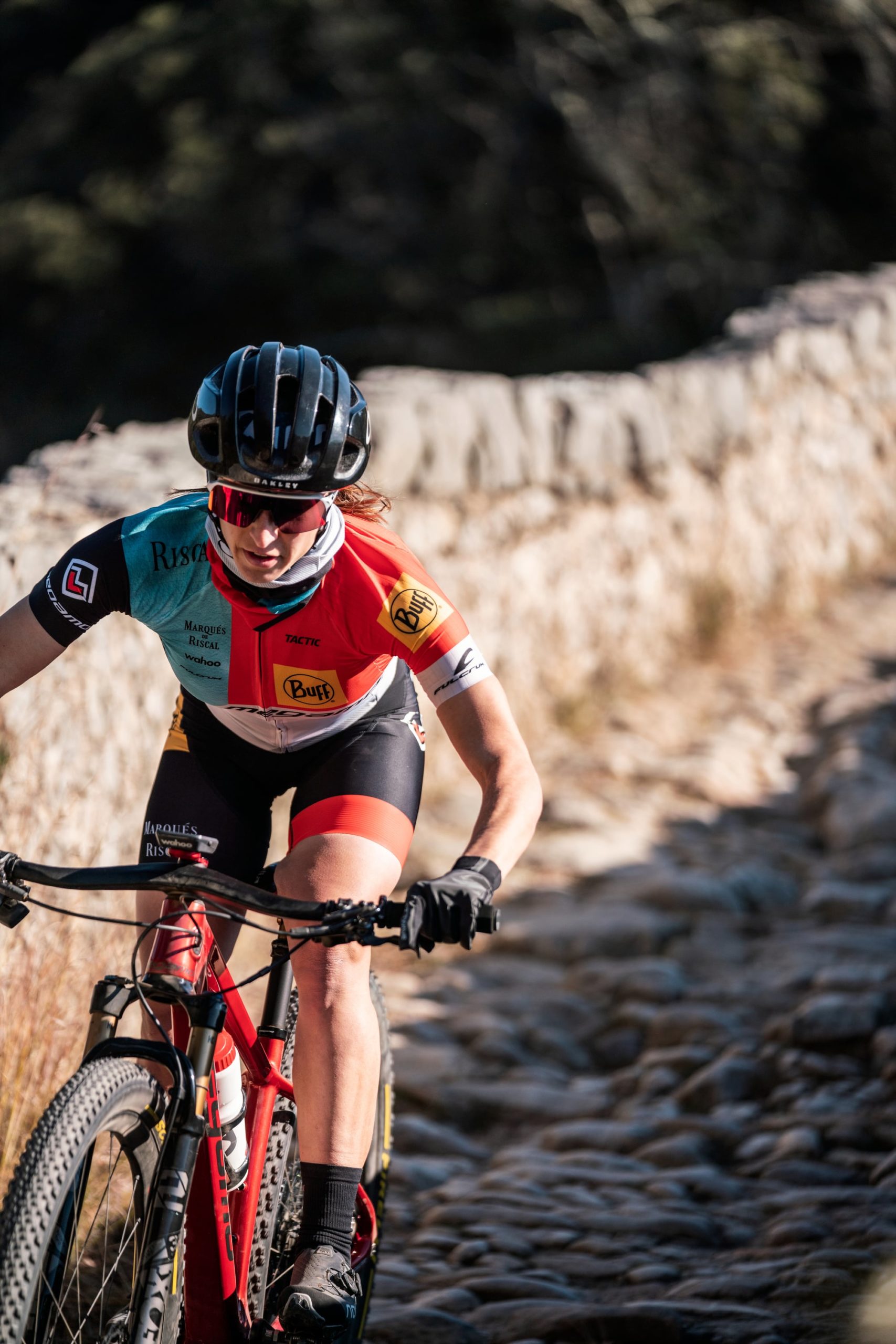 This was more than 5 years ago. She went from struggling to f inish races, trying not to get lapped, to competing in the World Cup for the past two years. This season she is competing with the intention of participating in the main stage races in Europe.

She explains that reaching this high level of racing did not come out of the blue. When she was younger, Figueras practiced swimming, one of the only sports she could practice coming from a small town close to Girona. Later on, she started to compete in triathlons. Figueres received a scholarship from the Institute of Joaquim Blume in Barcelona that surrounded her by (nowadays) successful athletes. Her sport became her main focus in life.

This season she decided to change to MTB marathons. Figueras wants to keep developing as an athlete, feel part of an international team and continue to learn all that is necessary to be able to finish races among the best ones in the scene. While listening to Figueras, I realize an ambitious, determined and motivated cyclist is sitting in the back of this van who is willing to sacrifice a lot for a career in professional mountain biking.

The importance of female references

After the competition, during the drive back, while everyone else is talking about the weekend, Txell confesses that she keeps all of her trophies that she earns during the races as a souvenir. The collection motivates her, she says. That weekend she extended that collection, as she won three stages and stepped onto the podium for the general classification. 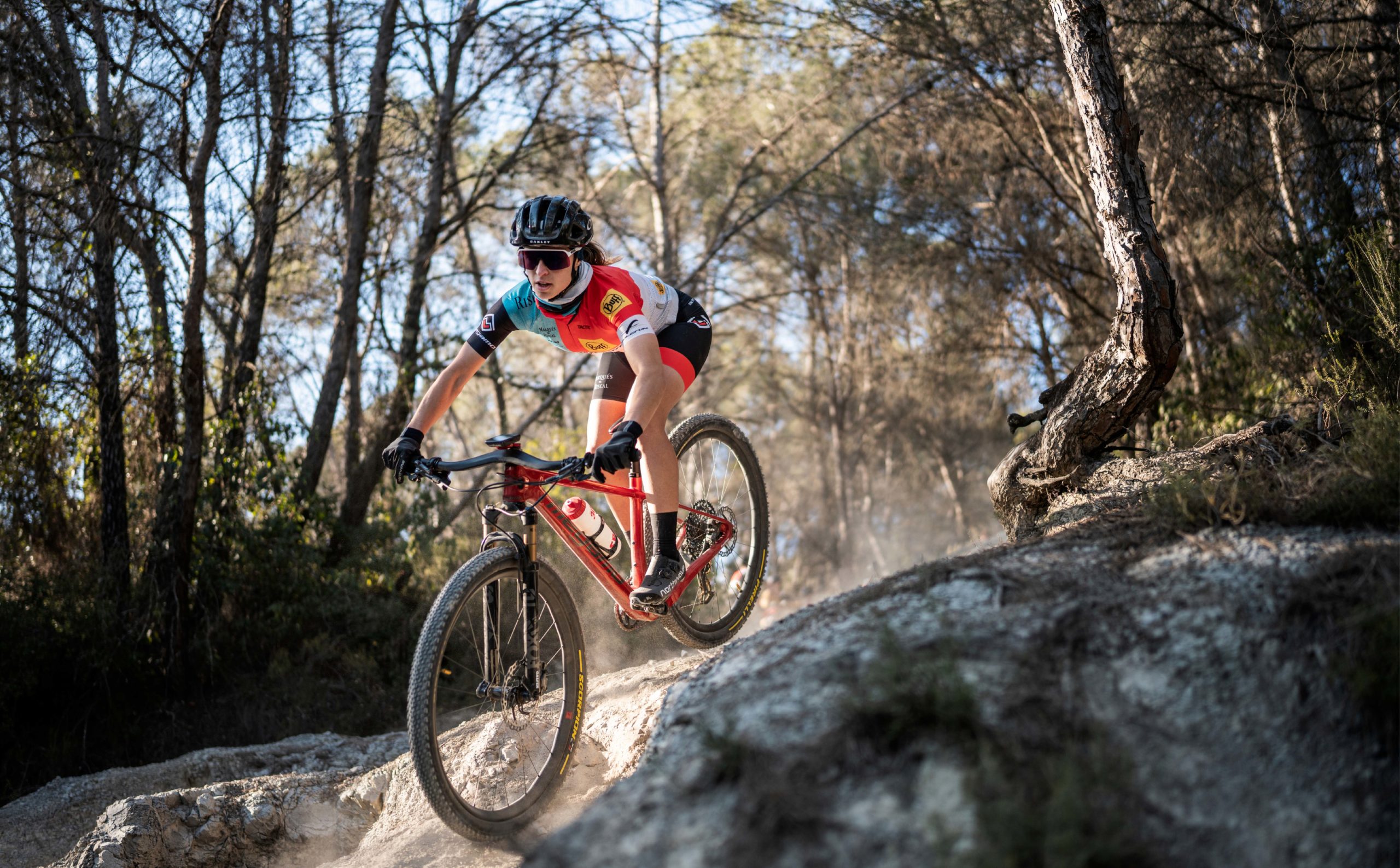 She says that one of the things that is the most inspiring to her is hearing girls and young women say that they began riding because they saw her participating in a race, or because they follow her on social media, where she normally posts videos of her handling technical MTB courses.

Figueras adds how she thinks it is really important to have female references to encourage women to join the sport. If she can help growing the discipline she loves most by being visible and active on social media, then she is encouraged to do so.

Most of the time on our way back from the race, we talk about the sport, material and other teams. About inspiring colleagues in the sport, the Olympics and the next races. Driving the six-seater from the race proved once more to be one of the most valuable times during the racing season. After this weekend I realize how many sacrifices Figueras has to make to be the inspiring athlete as she is. 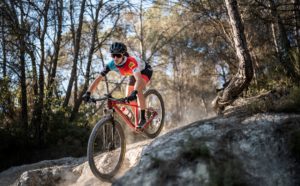 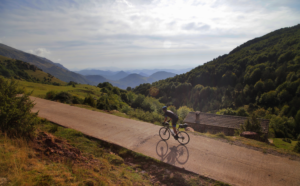 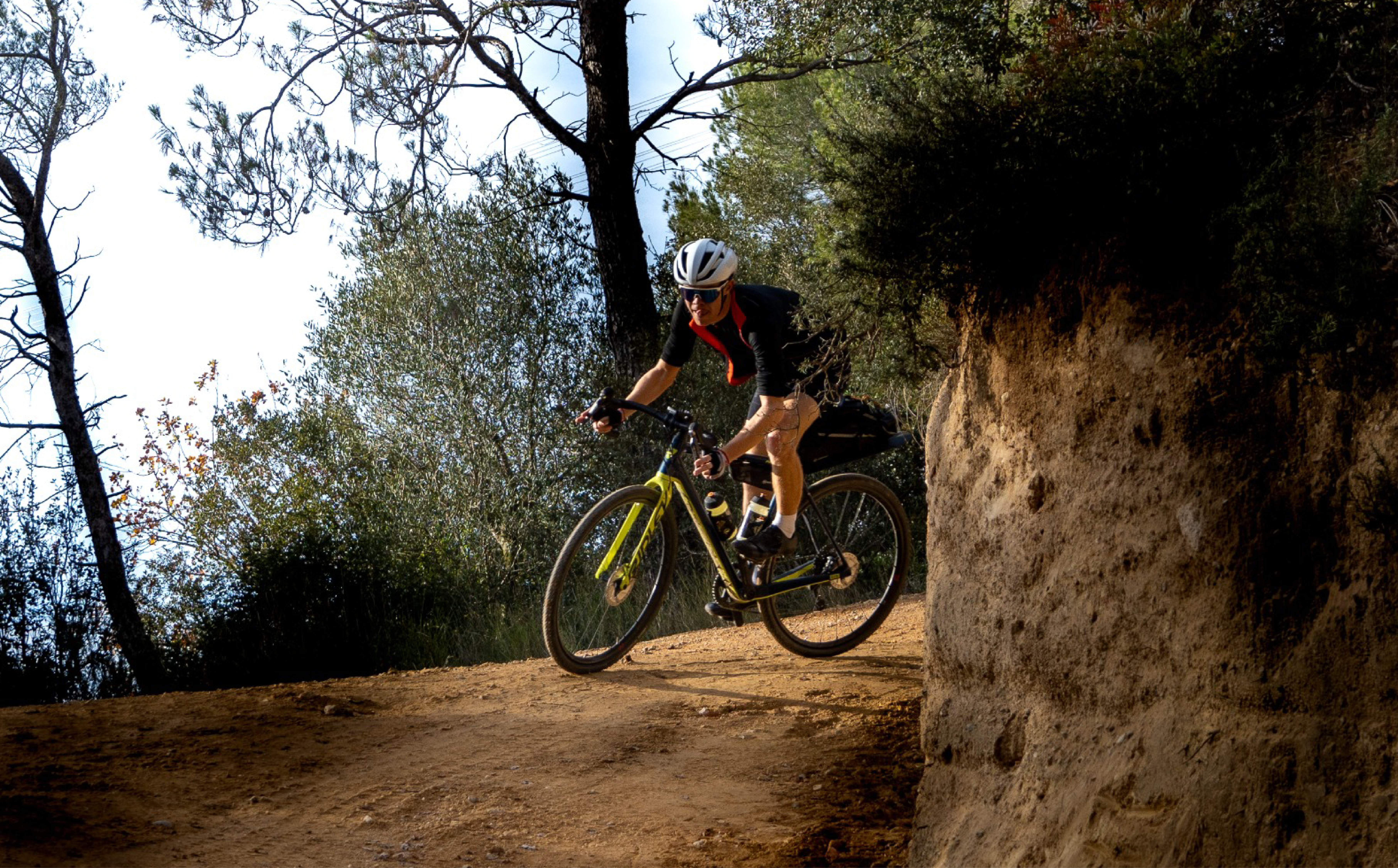